If you’re keen to know what Sydney foodies are saying about their Four Frogs experiences, browse our latest reviews.

We know you like to read honest restaurant reviews before you try out a new restaurant. That’s why we’re constantly on the lookout for new food blogger reviews about Four Frogs Creperie.

As seen in Flightnetwork’s Article July 2018 – The Very Best Coffee and Sweets in Sydney.

“The very epitome of decadence!”

“It doesn’t matter if it’s pouring down with rain when you stop by Four Frogs Creperie in Mosman, because the warm welcome from staff quickly brightens up the day. The Avenue Rd crepere has become an institution in Mosman since opening its doors as diners devour the delights on offer and it has even spawned an offspring south of the bridge at Randwick.

The Mosman Daily, “Why Four Frogs Creperie at Mosman has become an institution” June 2015

“If you’re feeling sweet then try the coconut ice cream crepe with homemade dark Belgian chocolate sauce, or on the other end of the spectrum, try the prosciutto, tomato, Swiss cheese and fresh basil crepe.”

“Four Frogs is run by four French friends who missed crepes so much they opened their own shop dedicated to the art of wafer-thin pancakes.”

“Crepes and Nutella are a classic combination and you’ll be hard pressed to find a better spot to try them than at this Frenchmen-run Mosman creperie. Add strawberries, banana or ice-cream to the mix – each is a great match for crepes topped with a hypnotising spiral of Nutella. Also on the menu: Nutella milkshakes.”

“Amazing stuff! I especially loved the crispy edges of the galette (savoury crepe), and the aroma of the feta. Also, their galettes are made with home-milled Australian buckwheat flour, and each comes with a bowl of salad. Bonus points for being health-conscious and facilitating guilt-free eating.”

“The galettes are beautifully soft and crispy, with the ham and cheese a melty, smoky delight. Just as good are the fig and duck versions, the figs sweet against the bite of the goats cheese and the duck meat tender and moist, matched perfectly with the dark Hoisin sauce and crunchy spring onions.”

“‘Four Frogs’ takes the dining experience of French cuisine to a level of subtle sophistication. The waiers/waitresses have the most delicious accents and the soft, warm lighting brings out anyone’s best features. There are tables for two, candle-lit surrounded by the colours of purity and love (After all don’t our childhood romantic fantasies always end up kissing a mysterious lover in the foreground to the Eiffel Tower?) For that hopeless romantic who’s been sweet talking that special girl in your biology tute, ‘Four Frogs’ might be the low-cost, captivating place to make your move.”

“Two superbly cooked crepes with chewy praline, tart mascarpone and a spot on amount of fresh banana and maple syrup made for an excellent sweet treat. I’m not usually a maple syrup fan but this was one instance where the perfect drizzle of syrup just made the dessert. Loved every mouthful (and next time I am not sharing).”

“These crepes are super light and paper thin. They had crispy edges and were soft in the middle. These were only the La Simple size, they also offer a La Double size for the hungry. They are made from a traditional recipe using buckwheat flour milled in house, pepe saya butter, free range eggs, hand harvested sea salt and their secret ingredient. Whatever it is, it sure does the trick.”

“I also love Four Frogs Creperie, it’s a little corner of France in the heart of Mosman.”

“Four Frogs is the perfect spot for breakfast for a family.”

“The delicate, thin pancakes are topped with butter, sugar and lemon or house-made salted caramel sauce. Galettes, the savoury version, are made with the traditional buckwheat flour (milled in-house), which just proves the level of dedication to making them like they do in France.”

“It’s the crepe smothered in house made salted caramel sauce, slices of caramelised apple and a scoop of white chocolate flecked gelato that has us speaking in tongues. It’s an indulgent but perfect balance of thin crepe, fruit, gelato and that other important food group: salted caramel.”

“Just when I thought I found my favourite in Four Frogs, My bro’s ordered came! He got the crepes with White Chocolate Ice cream, Salted caramel sauce and grilled almonds. Oh my God, it is just Divine. The grilled almond is smoky and crunchy and provides a great texture for the chewy crepes and the sweetness from the caramel. The white chocolate ice cream was smooth and creamy, I just wish that the scoop to be bigger ;p I would definitely be back for this one!! Highly Recommended for all Almond Lovers!!”

“This amazing cafe little cafe called Four Frogs Creperie has had me happy as a clam all week! 😀 😀 :D”

“Crepes were thin and very nice. Actually it was all ‘very nice’ and makes me want to revisit again to try more of the menu. It’s hard not to like these galettes and crepes when they’re cooked to order and done so well.”

“If you want to indulge your sweet tooth at any time of the day then visit Four Frogs Creperie where you will be encouraged to eat a sweet crepe at breakfast, lunch and dinner.”

“Since I first discovered Four Frogs Creperie, I have been more than happy to recommend and revisit their establishment, time and time again. Four Frogs – always a hit with the kids, and the decadent at heart.”

“Four Frogs Creperie is the place to go for great quality crepes and galettes. If you haven’t tried them you should. The whole place smells so good too and you can watch your meal being created and cooked if you want to. It’s like dinner and a show!”

“All crepes were cooked to perfection; thinly crisp and generous with the fillings. Every plate was a grand spectacularly dish.”

“This is a great place to come for a casual dining experience with friends or a romantic dinner (just remember to book if you are going on a weekend evening). Oh and another hot tip is to drink cider with your meal, as this is how the French do it!”

“The crepes we ate at the Four Frogs Creperie definitely met up to these high crepe standards. They were everything I hoped they’d be.”

“If you are after authentic and tasty Breton galettes & crêpes, Four Frogs won’t disappoint you.” 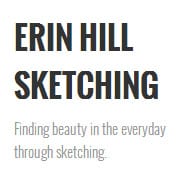 “When our glorious galettes arrive we gaze in wonderment at these creations we are about to demolish. So tasty, such simple combinations but so appealing to the eye.” 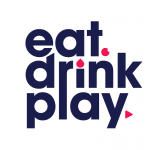 “If the pictures alone don’t excite you, pay close attention. Our savoury ‘galette’ is the waiter’s recommendation and apparently the most popular galette on the menu – ham, swiss cheese, egg and mushroom. The natural and fresh crepe is cooked to a slight crisp with a lightly oiled base that gives the galette a satisfying, yet simple crunch.” 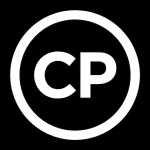 Four Frogs Creperie plates up authentic savoury galettes made with buckwheat flour and topped with ham and cheese or garlicky snails, and sweet crepes that range from traditional butter, sugar and lemon to the Grand Marnier crepe, which is set on fire before being delivered straight to your table.

Other places to find reviews of Four Frogs Creperie

Would you like your blog review featured here? Email info[at]fourfrogs.com.au