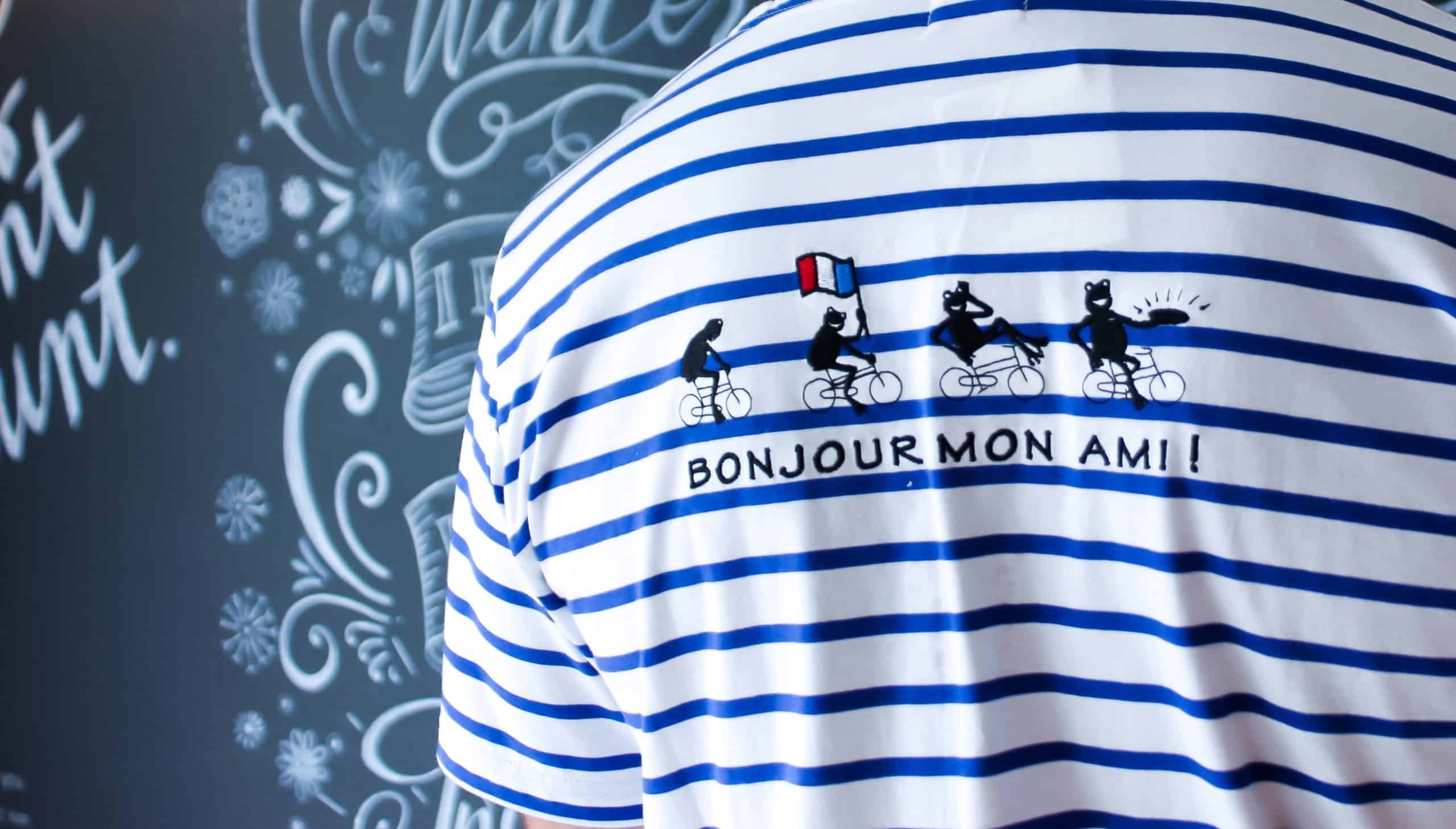 We have been thinking about it for a while… but at the end the choice was easy: we opted for the famous Marinière, the Mariner shirt. The reason is not because it is “very French” (even if it’s true, buy the way), but mostly because it is a Breton shirt, meaning originally from Bretagne (Brittany), just like our crêpes.

That’s right, the Marinière was brought to the fashion world in 1913 in the first Coco Chanel boutique, in Deauville. Coco got inspired from the local sailors and fishermen, while she was living there. The Marinière had been in the French marine since 1858 as the official shirt which consisted of 21 stripes representing Napoleon victories.

Over the years, many celebrities and stars have been wearing the Marinière. Among the most famous, we could find our beloved Brigitte Bardot, or the famous actress Audrey Hepburn, even men such as Pablo Picasso and of course Coco Chanel (the below image is Audrey Tautou playing Coco Chanel in the movie Coco before Chanel.) 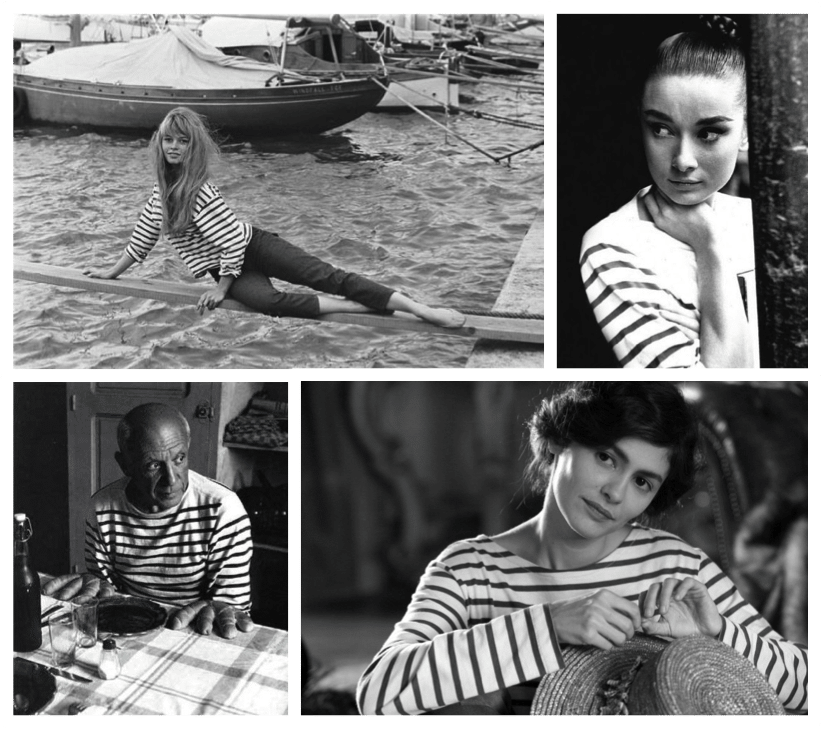 So we couldn’t resist to add a few stripes to the Four Frogs journey. We have asked Armor Lux to design a very special version of the Marinière, just for us.
We hope you will enjoy as much as we do! 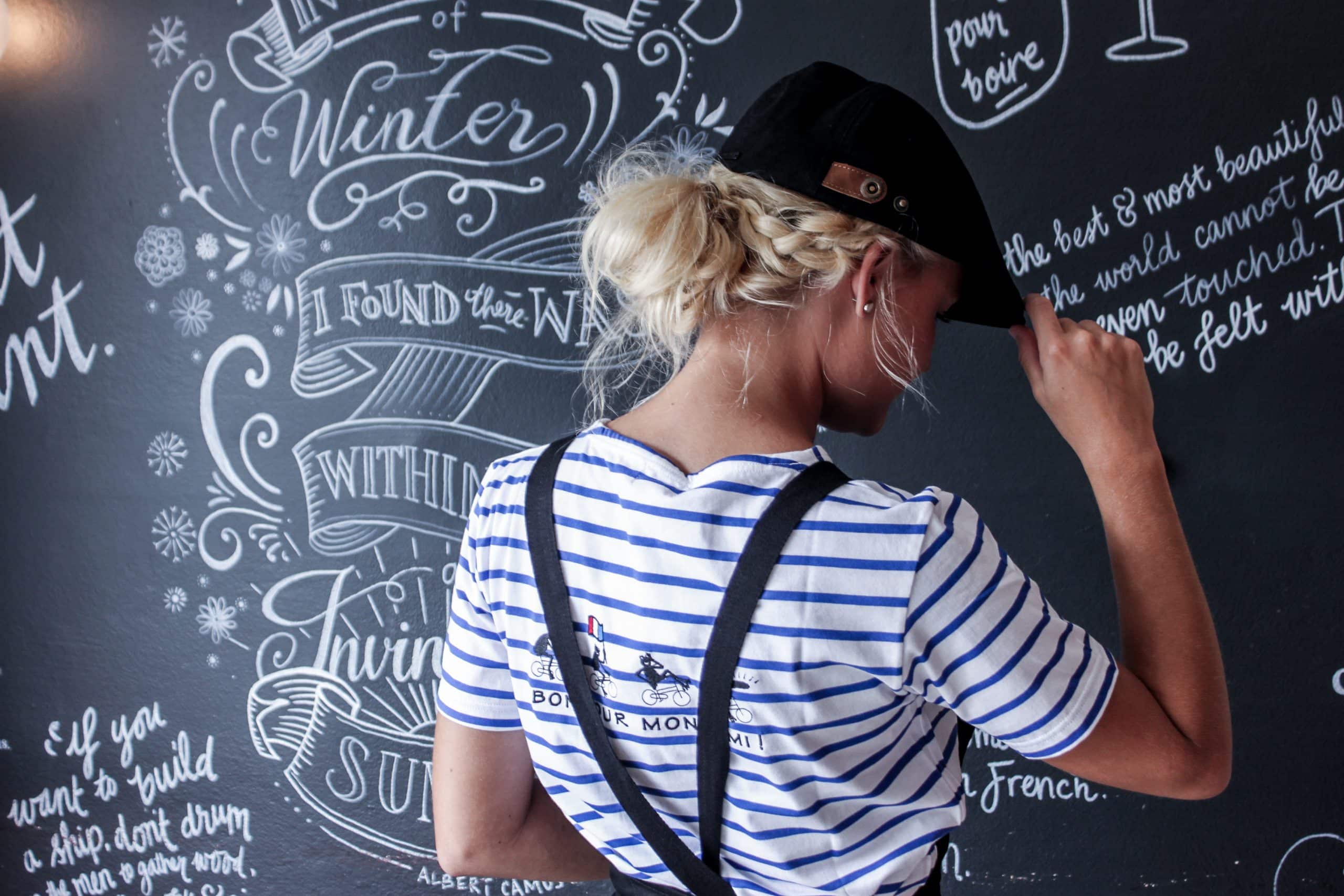