With travel restrictions still in place, many Aussies are missing the cultural aspects of being abroad. If you’ve been seeking some culture, you’re in luck because there are two exciting local events that Four Frogs is looking forward to sharing with you.

100 years of Art History in France series: Join us for an evening of French culture 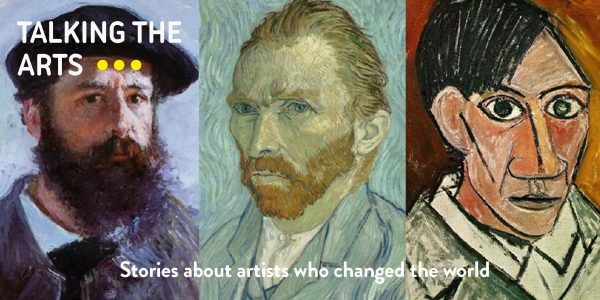 We’re excited to announce a new event coming to our Randwick location. Every Tuesday night, art lovers in Sydney can join us at Four Frogs from 6:00-8:00 PM to learn from leading arts expert Corinne Estrada, CEO at Communicating the Arts. She’ll be discussing the masters such as Van Gogh, Picasso, Matisse, and Gaugin. Tickets include a Crêpe and glass of French cider, while you immerse yourself in the artists’ lives, their best-kept secrets, success stories, love stories and how they changed the world.

The first conference date will be Tuesday, November 24th at 6 pm. The topic will be: “Vincent van Gogh: Devil or Saint? A Life of Passion”

What: 100 years of Art History in France series at Four Frogs

Ticket Includes: 1 bolée of Cider on arrival, 1 Galette or 1 Crêpe of your choice during the event

There will be a maximum of 30 guests permitted at each event, so don’t delay.

The Children’s International Film Festival (CHIFF) is coming back to Sydney from November 27 to December 13. It brings a curated selection of feature and short local and international cinema dedicated to kids age 4-16 at the Ritz in Randwick.

If, like us, you are a fan of French Movies, and want to organise a Covid Safe family trip to Paris, come and enjoy a Crêpe before your French film!

There are two French movies in the program:

The Bears’ Famous Invasion of Sicily

Based on a classic 1945 Italian children’s book and premiering at the 2019 Cannes Film Festival, this French-language animation tells a tale of conflict between humans and bears in the kingdom of Sicily.

After washing up on an unfamiliar beach, the monkey Prince is found by 12-year-old Tom who takes the wounded Prince with him to stay with his parents: two scientists who have been outcast for their radical ideas about the existence of other monkey civilisations. As the old Prince recovers, he becomes consumed with his curiosity about the strange land he had found himself in, and convinces Tom to go into the city.

Learn more about the Festival